7 Reasons to Cut Off Ties with Someone Dear

Don’t Allow Someone to Treat You Poorly

There’s no point in maintaining a relationship with someone who treats you poorly, ignores your needs, or abuses you. That should be obvious, yet it’s notoriously difficult to cut off ties with people we love who do this because, well, we love them. Yet, there comes a time when we realize the person in our life, be they a partner, friend, or relative, is doing us more harm than good. We then need to make a choice: leave things as they are or sever all ties and move on. Here are 7 reasons to cut off ties with someone you’ve been close to.

They are too Negative 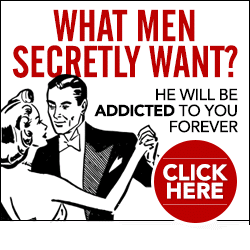 People who have a positive attitude engender positivity. Their thoughts and actions lead to positive things happening. It’s the same for negative people: they create a dark and gloomy atmosphere and speak bad things into existence. People like this will positively harm you and you should be around them as little as possible, if at all.

It seems like some people just don’t want to be happy. They are dependent on pessimism because they like playing the victim. They embrace the “yes, but” approach, insisting their problems (and yours) are insurmountable despite your countless suggestions. Negativity is contagious. If you’re not careful, it will creep into your world, and there is nothing to gain and everything to lose from it.

Up next: When you give, what should you get in return?

You Can’t Trust Them any More

Trust is a critical aspect of any relationship and things are never the same once it is lost or compromised. It can take decades to nurture and a single moment in time to break. People who are dear to you must be reliable, trustworthy, and genuinely concerned about your welfare. If they’ve betrayed you once, they’ll do it again. Look for a way out.

There are many reasons to stop trusting someone. An obvious betrayal, like a friend who sleeps with your boyfriend, is one. Sometimes, the signs are subtler. The person is too emotional and it’s trying on you to have a conversation with them. They feed off drama and are always too caught up in something else to pay attention to your needs. Whatever the reason, a relationship is over once distrust sets in.

They Take More Than They Give

Those dear to your heart should understand the concept of give and take. A healthy relationship is a balanced one. If someone repeatedly expects you to be there for them without reciprocating, it’s a sign you need to reevaluate your relationship with them.

Partners and loved ones can be just as toxic as friends. You might be the person everyone runs to for advice and comfort and people always feel calmer and better after a heartfelt talk with you. Where does that leave you? Exhausted and damaged. What the person has done is unloaded their troubles on you so they don’t have to feel bad anymore. Ask yourself, “What’s in this for me?” If you can’t find the answer, you need to start distancing yourself from them until ties have been cut.

Have you noticed how some people leave you with a sense of emotional exhaustion? You probably try to spend as little time with them as possible as it is, but they’re still somehow a part of your life. You can’t exactly cut ties with them if you live together. They push your patience or never stop talking. You need to distance yourself for obvious reasons, but how?

When you next talk to them and start feeling exhausted, tell them so and exit the space. Do this every time going forward until they take the hint. If they never do, it’s time to cut ties abruptly and move on. Don’t feel guilty. The vampires of today have no problem finding victims. Soon, they’ll be draining someone else.

They are Overly Critical

We thought we left peer pressure back in high school, but alas those close to us can pressure us to hold foreign ideals and perspectives, do things we don’t want to do and, simply put, be someone else. If your values and needs aren’t being respected, you might want to cut ties with the person. You don’t want to be around someone who is questioning your judgement all the time.

Constructive criticism can be a good thing, but the kind that tears you down isn’t. You don’t need someone criticizing your actions 24/7 and you definitely don’t need criticism aimed at you as a person. You feel like you just can’t do right by the person dear to you. They are always talking about something problematic you did. The time and energy you put into apologizing and trying to make amends exhaust you.

They are too “Real”

While it’s nice to be close to people who never lie to you, helpful candor can spill over into needless harshness very easily. You’re a grown person who can keep things in perspective without someone always taking you “back to reality” with something they call “being real.” These people aren’t about “keeping it real” at all. They actually enjoy putting those around them down.

The next time they bring you down by “telling it like it is,” thank them for their “honesty” and leave the space, for good. Yes, reality can be a downer, but what did people who’ve made history, like inventors and revolutionaries, have in common? The quest and unwavering belief in a better world. The conviction that reality can change.

They Never Take Responsibility for Their Actions

It can be frustrating and exhausting to be around people who never admit that something is their fault or that they exercised poor judgement. Yes, we all make mistakes — some are minor, while others have major consequences we need to deal with.

While you shouldn’t downplay someone’s very real pain of being an actual victim of assault or abuse, avoid people who claim someone else is to blame for everything that’s wrong with their life. A close friend or loved one might be one of those people who genuinely believes everything is a big conspiracy, contrived to make their (and only their) life a living hell.

Whatever the situation, being close to someone who consistently refuses to acknowledge that their poor choices put them in a bad place is very tiring. And getting tired and annoyed is not the half of it – there is an even bigger potential problem. At one point, they may decide you’re the one to blame for their misery.

Cutting Ties: What to Expect

The last step of cutting ties is getting ready for resistance, and not only that of the person dear to you, but yours as well. They will be reaching out more actively because they realize you’re trying to let go. You’ll be looking for excuses to stay in the relationship and hold on to items that remind you of them, like presents they gave you. Be strong and move on despite this. Some relationships are worth saving, but those where you are repeatedly being hurt are not among them.

5 Signs You Have Actual Friends

Tough times never last but tough people do. We don't choose our parents or children, but we do choose...
Read more
Relationships

Simple ways you can touch someone’s life for the better

Aspire to inspire before we expire In a world marred by fear and anger, the ability to give someone...
Read more
Relationships

Be The Reason Someone feels Supported

7 Reasons to Listen When Your Friend Reaches Out to You We're used to thinking of our friends as...
Read more
Previous articleBelieve Good Things Are On The Way
Next article5 Ways to Remain Happy During a Crisis

© 2019-2020 Positivity Loop
PositivityLoop is not a part of the Facebook website or Facebook Inc. This site is not endorsed by Facebook in any way. FACEBOOK is a trademark of FACEBOOK, Inc.
FDA Compliance
The information on this website has not been evaluated by the Food & Drug Administration or any other medical body. We do not aim to diagnose, treat, cure or prevent any illness or disease. Information is shared for educational purposes only. You should always consult your doctor before acting on any content on this website, especially if you are pregnant, nursing, taking medication or have a medical condition.

Any cookies that may not be particularly necessary for the website to function and is used specifically to collect user personal data via analytics, ads, other embedded contents are termed as non-necessary cookies. It is mandatory to procure user consent prior to running these cookies on your website.